Country Park  MSM is sourced from the United States of America. MSM is a naturally occurring sulphur-containing compound found in a variety of fruits, vegetables, grains and animal products.  However, it is easily lost from these fresh food sources when they are processed or stored, e.g. fresh lucerne contains detectable levels of MSM but lucerne hay does not.  In its purified chemical form MSM is an odourless, white, crystalline solid which dissolves in water.

What is it used for? …MSM has developed a reputation for being safe and effective in bringing relief from various inflammatory conditions, most notably, arthritis.  Some studies also suggest MSM may have applications in treating allergies, parasitic infestations and intestinal ulcers.

Osteo-Arthritis… occurs when cartilage degenerates and no longer performs it’s vital role as the shock absorber of joints.  Injuries, aging and repetitive joint stress can all contribute to the onset of arthritis which is characterised by inflammation, pain and decreased joint mobility.

How does MSM help? …According to Dr. Stanley Jacob, professor of surgery at Oregon Health Sciences University and one of MSM’s primary advocates, MSM has potent anti-inflammatory and analgesic (pain-relieving) activities.  Not only has he found it effective in alleviating the pain and discomfort of degenerative arthritis, he has also found it beneficial in cases of rheumatoid arthritis.  Patients report less pain and greater freedom of movement.  He in part attributes MSM’s effects to its ability to make cell walls more permeable - facilitating the body’s natural toxin removing processes and decreasing the internal cell pressure which can lead to inflammation.

MSM has been used in the horse industry for a number of years, sometimes in conjunction with other joint supplements such as glucosamine and chondroiton.  Indeed, it has been shown that glucosamine functions more effectively when in conjunction with an adequate source of sulphur.  There is anecdotal evidence that horses receiving MSM supplementation have enhanced hair and hoof growth.

What about drugs? …Arthritis is commonly treated using non-steroidal anti-inflammatory drugs (NSAIDs) and corticosteroids.  While these drugs can reduce symptoms and may be useful in the short-term they can also elicit significant side-effects, particularly in long-term use.  In addition, these drugs can work against healing by inhibiting cartilage synthesis and repair.

Dosage… for a 500kg horse - 10grams/day in the feed.  MSM has been shown to be non-toxic even at dosage rates well above those recommended for therapeutic use.

Please note:  MSM is a nutritional supplement, not a drug, and it could take a number of weeks (2-8) before a response is evident. 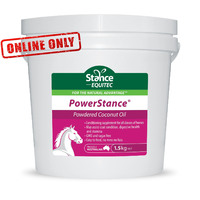 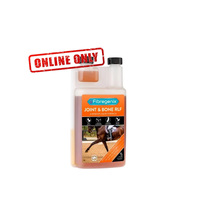