$96.00
In Stock
THIS IS A PRE ORDER ITEM. PLEASE ALLOW 14 WORKING DAYS FROM DATE OF PURCHASE BEFORE DISPATCH FROM OUR STORE. ONCE ORDER IS PROCESSED IT CANNOT BE CANCELLED

Bighead and osteoporosis are a constant risk from high phosphorus, oxalates and phytates in feeds such as cereal and grassy hays, grains, bran and sub-tropical grass (including buffel, panic, kikuyu and setaria) found throughout Australia. Signs include shifting intermittent lameness, reluctance to move forward freely, joint pain, ‘creaky’ joints, stiffness, dental problems and an increased risk of fractures, tendon and ligament injuries.

Maintaining mineral intake throughout a horse’s life helps protect against dietary imbalances and musculoskeletal weakness. Only chelated calcium is protected from oxalates and phytates in the feed.

The importance of calcium:
Calcium is essential for life itself (regulating heartbeat, nerve function, muscle contraction and blood clotting) and blood levels are tightly regulated by parathyroid hormone (PTH). PTH is released when diets are low in calcium — causing calcium to move out of the bones and into the blood, and leading to demineralisation of bones and osteoporosis. Mild cases are difficult to detect, manifesting as vague shifting lameness, shortened stride, soreness at ligament and tendon insertions, joint pain and swelling. In more severe forms, ligament and tendon injuries increase and there may be a watery nasal discharge, poor coat, difficulty chewing, dental pain and swelling of the jaws, maxilla, mandible and nasal bones.

Management and prevention:
The dietary calcium deficiency must be corrected. Chelation protects calcium from oxalate attack, is over 95% absorbed into the blood stream and, in the presence of oxalates, is more bioavailable than inorganic forms (lime and dicalcium phosphate). Dr Jennifer Stewart’s Bone Formula Forte contains chelated calcium PLUS essential bone trace minerals that are deficient in Australian soils, pastures, hays and grains. 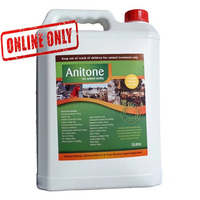 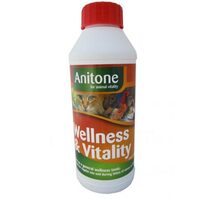